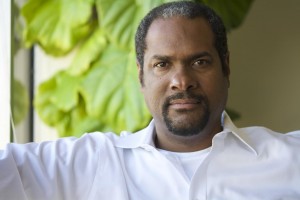 The most powerful person in the American justice system is the cop on the beat.  Why?
Why do we see so many shootings of unarmed people by Police?  Answer
The only person that can hold a police officer responsible for the death of an unarmed man is a Civil Rights Attorney. Why?
When a Police Officer shoots an unarmed man, that is not just about one officer shooting one man. Answer

Read Brian’s Opinion Editorial articles on these, and other issues.

A License To Kill – by Brian Dunn

It has been said that the police officer on the beat is the most powerful person in the American justice system. More powerful than a congressman who makes laws, more powerful than a senator, even more powerful than a judge on the United States Supreme Court. This is because a police officer on the street has the complete power over a person’s life. With his baton he can send a man to the hospital, simply by stating that the man resisted his will. With his pen, he can deprive a man of his personal freedom, simply by stating that he observed a violation of a penal code. However, perhaps the most awesome power that a police officer has is attached to his belt, the power to take a human life with his gun. The police officer’s “licence to kill” comes with virtually no legal accountability; a successful criminal prosecution of a police officer involved in a shooting is so rare as to be virtually nonexistent in American jurisprudence. Similarly rare, though more common than criminal accountability, is any form of adverse professional consequences for an officer who kills an individual in the line of duty. When a police officer kills an unarmed man, almost certainly, nothing will happen to him. He will not face any form of criminal prosecution, and, more likely than not, there will be no professional consequences whatsoever imposed on him.

To anyone who has devoted a career to the litigation of officer involved shootings, the reasons for the lack of police accountability become clear. The first main reason is simply a matter of analyzing the mechanics the officer involved shooting, and the reality is simple: police officers are usually the only surviving witnesses who are willing to testify as to how a fatal officer involved shooting occurred. As the only voice to tell the story of how a killing happened, a police officer fights an unopposed battle on the issue of credibility because only a single version of events is reported. However, when these cases are looked at in the aggregate, the robotic nature of the script that is used to justify the shooting of unarmed men strains the credibility of even an unopposed version of events. This is because the justification for the shooting is always the same. When a police officer shoots an unarmed man from a distance, even when his victim is shot in the back, he will always say the man who was killed was reaching for his waistband, a story often accompanied by police reports and testimony that employ such rarely used descriptive phrases as “furtive gesture”, when describing a decedent’s actions. When a police officer shoots an unarmed man at close range, regardless of the bullet trajectories or amount of shots fired, he will always say the victim was reaching for his gun. When a police officer shoots into a motor vehicle, he will always say the driver was attempting to run him over, notwithstanding the obvious physical evidence to the contrary, marked by the trajectory of bullets shot into the sides of vehicles, demonstrating that the shooting officers could not have been in the path of the targeted vehicle when the shots were fired.

The second main reason for the lack of police accountability is less a matter of the evidentiary reality of the officer involved shooting, and more a matter of our national social consciousness. This discussion is not so much about the evidence of how the officer involved shooting occurs. Rather, this discussion concerns why we, as a nation, have accepted and tacitly approved of the officer involved shootings of unarmed people for so many years. Simply put, police officers shoot and kill unarmed people because they can. They can because, as a nation, we have accepted this. We have accepted that if a person resists, disobeys, or runs from a law enforcement officer, that person has invited any form of retribution that officer deems fit, even if that officer chooses to impose the penalty of death. We have accepted that police kill people, and we have accepted that police killing unarmed citizens is simply collateral damage of what we have accepted as the overall noble mission of law enforcement. If one were to examine hundreds of fatal police shootings of unarmed people, it would be readily apparent that virtually none of the shooting victims committed a crime that would be a capital offense, yet these victims are, in every sense of the word, subjected to the death penalty.

In the public forum that is now thankfully devoting considerable attention to these issues, there are many voices that say the answer to this question is simple: The accountability is lacking because police kill people that our country doesn’t care about. This argument, which focuses primarily on the identity of the victim, has considerable evidentiary support in the statistically significant incidence of men of color killed by law enforcement, but does not fully address the issue, and must not end the discussion. Of broader significance is our tacit acceptance of the abrogation of the rule of law in matters involving police officers’ use of deadly force. The constitutional principle that makes it illegal for a police officer to kill an individual who does not pose a threat of death or serious bodily injury to that officer must be woven into the discussion, and the analysis of whether a shooting is right or wrong must be replaced with an analysis of whether a shooting is constitutional or unconstitutional. At that point the discussion will recognize that the rule of law transcends the identities of both the officer and the victim, and the officer involved shooting will cease to be a socially acceptable form of capital punishment.

The most powerful person in the American justice system is the cop on the beat. He is more powerful than a judge, a jury, a senator, or even a Supreme Court Justice. Simply by writing words on a page, he can take away a man’s freedom. If he writes the right words, he can . take away an individuals entire life. An officer can send a man to the hospital, and he even has a license to kill. If he chooses, a Police Officer can impose the Death Penalty on the spot.
Why do we see so many shootings of unarmed people by Police? Simply, because they can. They are almost never prosecuted in the Criminal Justice system, and are rarely if ever disciplined by their own agency. Coupled with an “us against them” culture that often exists within police departments, and training that emphasizes, even glorifies military style tactics, lack of accountability puts the public at great risk.
The only person that can hold a police officer responsible for the death of an unarmed man is a Civil Rights Attorney. The Police will not police themselves, and the criminal justice system will not hold them accountable. The only individual who can challenge an officer if they lie in a police report is a private attorney. The only person who can insure that an officers actions will not go unnoticed is a private attorney.
When a Police Officer shoots an unarmed man, that is not just about one officer shooting one man. Every member of the community is effected by the way that police agency operates in that community. Every time the Police are allowed to go unchecked, the person that faces the police next, will face even greater danger than the citizen who came before.